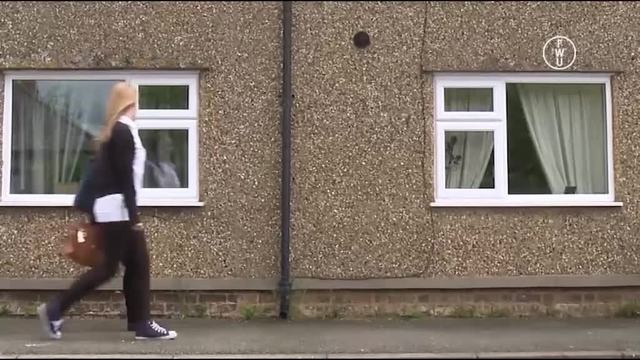 This is Georgia and Katie, they live in a town in North England. Georgia and Katie are best friends and they are both pupils in an English school. The educational systems of England and Wales are the same, Scotland and Northern Ireland have different systems. “I am Georgia from England, I am 16 and I just finished secondary school.” “Hello, my name is Katie, I am 16, and just finished secondary school.” Georgia and Katie are classmates and have just taken their GCSE. GCS what? Okay, let´s first of all look at the structure of the school system. English children start their education at the age of three years. Nursery schools are a mixture of kindergarten and Vorschule in Germany. Between the ages of five and ten years, British pupils usually go to primary schools. This is the same as classes one to five in Germany. After primary school, they attend secondary school. This is for pupils between eleven and sixteen years. The most common type of secondary school is the comprehensive school, which 90 percent of all pupils attend. All secondary school students in a particular region are accepted, no specific levels or abilities are necessary. What about the rest of the pupils? In the United Kingdom, independent schools have a very long tradition. Whereas education in State Schools is free, parents must pay fees for independent schools, which can be up to 10,000 pounds per year. The number of vacancies at the best independent schools is very limited, therefore many parents put down their children's names immediately after their birth. And what is the GCSE? It's called the General Certificate of Secondary Education. In brief, this is the final exam after the last secondary school year. However, there are a few differences between British and German schools. First of all, there is one reason why all German pupils are very jealous of British pupils. School doesn't start until nine a.m. in the UK. “My normal day at school is that school starts at nine o'clock and we end up having a break at 11.15 and have lunch at 1 o'clock and then leave school at 3 o'clock. That’s the sixth hour day and we end up doing an hour of homework per day.” It´s usual for school to last a whole day in the UK. However, there is a reason for Katie and Georgia to be jealous of German pupils. “In England, we have to wear school uniforms, as it shows we are all level and have the same status as everybody else. We have to wear either a blouse or a shirt, a jumper, a black skirt and black trousers and an overcoat, like a blazer.” “I don´t like the school uniform because it is uncomfortable and everyone looks the same all the time. I would much rather wear my own clothes because I could choose my own style and what to wear on what day.” “If I had the choice not to wear a school uniform, I would rather wear jeans and a jumper, as I would be more comfortable in it and I would learn better.” If Katie and Georgia pass their exam, and get their GCSE, both have the possibility of continuing their education. If they want to attend a university, they must attend school for another two years, called the sixth form. “After comprehensive school you can do A-Levels, which is another two years of study. A-Level, you can choose the subjects that you’re really good in and that are your favorites. You can study these for two years but you can't change your mind halfway through the course. At university you can study them some more, if you want, but you don´t have to. So this might be the dream of every German pupil, to do only your favorite subjects, no mathematics or other subjects, you don´t like. “In GCSE and A-Levels there a different grades between A and E, A being the best and E being the worst. To get to university, you need to have grades of C and above. So A, B, and Cs. 2 So British pupils can do their A-Levels at the age of 17 or 18, to be admitted to university. Oxford and Cambridge are Britain's best known universities. Famous people like Charles Darwin, Hugh Grant and Margaret Thatcher attended these universities. “Next year in sixth form, I´m gonna study ICT, travel and tourism, photography and film studies. I want to be able to pursue a career in photography.” “In the future, I´m going to do my A-Levels, I am taking Geography, Travel and Tourism, Performing Arts and Film Studies. I don’t know what I want to do yet. But I don’t want to go to university and I want to travel the world because I would love to go to all the different countries.” There are many similarities between the school systems of the United Kingdom and that of Germany, and there are several differences. But at least, pupils dreams for the future seem to be the same.