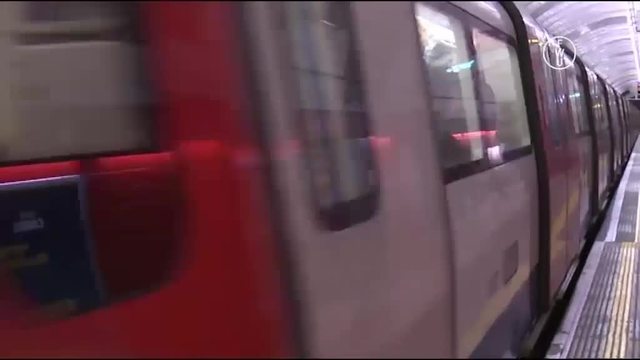 Nearly eight million people live in Greater London. The metropolitan area has about 14 million inhabitants. And at least 25 million visitors come to London every year. All these people have to move around. It’s clear that not everybody travels by car, the roads are simply too crowded. So, public transport plays an important role in London: the taxis, the tube and of course the famous red busses, the double-deckers. In short, without the tube, buses and taxis, urban life in London would not be able to function. And nobody knows this better than the bus drivers. John is one of the London bus drivers. “So, it’s millions of people that use the public transport system every day: tubes, buses, trains. It’s 24 hours a day. It’s absolutely at breaking point. But it does cope with the sheer volume of people. It’s millions of passengers, millions of people, millions of lives that use it every single day, including disabled passengers as well. Most underground stations, all buses and most train stations cater for the disabled population.” The taxis or the black cabs as Londoners call them, transport 300 thousand passengers every day. To know all the buildings, streets and places of interest in a city as huge as London, every driver has to take a difficult test of his knowledge of London. It’s not unusual for a taxi driver to prepare for up to four years to pass this test. Taxis - make about 200,000 journeys every day- carry about 300,000 passengers every day- travel 3.2 miles per trip per taxiOften, passengers forget things like umbrellas or hats in the back of taxis. But sometimes they forget really strange things. For example, a cat in a basket or 20 thousand pounds. The BusesAlthough London has many underground lines, buses also play an important role in London public transport. Bus driver John calls them the veins of London. “So the buses in London are incredibly important, they are the veins of London. And the city wouldn’t run if there weren’t buses, the high frequency service – there are over a thousand routes in London. Some routes have over a hundred buses on, running 364 days a year, because we don’t run on Christmas day – that’s the only day that we don’t run. Other than that, it’s a 24-hour service, 24-hour operation, all the time. 24/7.”Buses- 7,500 buses carry about 6 million passengers per day- More than 19,500 bus stops- More than 90 percent of Londoners live within 400 meters of one of the bus stops.Public transport is a blessing to all people but the traffic is often quite stressful to drivers. A bus driver’s job is always exciting and for John it’s the most important thing in his life. “So the job as a bus driver is incredibly stressful. You’ve got to deal with the traffic, which is awful. Constantly standstills and, on top of that, you have got to watch your time and try to keep the bus on time, which obviously is impossible sometimes. Then you’ve got the general public to deal with all the time, a lot which are nice, but a lot of which aren’t nice. And you have to deal sometimes things happening on the bus or old people falling over. It all adds to the stress of the whole job. But the traffic is the worst one because drivers are constantly trying to get in front of you, cut you up, they went to beat you. You’re battling with that all the time. You’ve got to have eyes absolutely everywhere – constantly on the look.”The UndergroundThe fastest and easiest way to travel around London is by tube. This is one of the world’s oldest underground rail systems. The first underground rail line started operating as early as 1863. Today, London’s tube has twelve different lines. And transport over one thousand one hundred million passengers per year. The most famous line is the Circle Line. Circle Line trains always travel, as the name suggests, in a circle. The identifying color of this line is yellow. But there are several other interesting facts concerning London’s Tube.Tubes- Distance travelled by a Tube train each year: 114,500 miles- Number of passengers per year: 1,100 million- Length of network: 249 miles- Total number of stations: 270How to use a Tube on your next holiday in London? It’s easy. For example, if you want to go to Piccadilly Circus. One, check the map and find out which line you need to use. Two, buy a ticket – it’s not possible to forget this because you can’t enter the gate without a ticket. Three, open the gate with your ticket. Four, use the escalator to reach the platform. Five, get into the train. Mind the gap. Six, don’t miss your station and don’t lose your ticket! You can’t pass through the exit gate of the station without a ticket. Seven, enjoy Piccadilly Circus and your next holiday in London.